Search
Gina Judy (Richmond, OH) a retired Ohio Art Educator of 30 years, holds an BA and MA in Art Education, from Bethany College (WV) and Ohio University, respectively. In the past six-years Gina has exhibited in 16 states and in 30 shows that have had a national or international screening. In early March 2020, she was one of the invited featured-artists in "Presence”, Stifel Fine Art Center, Wheeling, WV. This was a show about the art of aging and she had featured six-paintings dealing with her father who has had Alzheimer’s for ten years, and for whom she was the primary caregiver for six of those. Recently, one of these pieces was selected for the Philadelphia 120th International Works on Paper Online exhibit. Mrs. Judy won one of the six Awards of Excellence in the Illinois Watercolor Society Member Show. She holds a signature-membership in OWS, KWS, MTWS and in AKWS, where she won first-place in 2019. In 2019, Gina also received a first-place in the Pittsburgh Watercolor Society Member Show for a water-media collage from juror Sarah Hall, Curator of The Frick, Pittsburgh. She also had a one-woman exhibit at Artworks Around Town Centre Market, Wheeling, WV that year. She will be an exhibitor in the prestigious "Watercolor Ohio" of the Ohio Watercolor Society again in March and is currently in the Rhode Island, West-Virginia, Kentucky, Alaska, Red River (MN) and Montana Watercolor Nationals. This year she was also 5th Place (Preston Art Center Award) in Kentucky Watercolor’s regional “Aqua-Venture”; accepted into “OH+5”(a juried Biennial six-state regional in Athens, OH), the Women’s Art Club of Cincinnati Annual Juried Show, Rosewood Art Center’s Gallery Juried Show, (Kettering, OH); & the Stifel Fine Art Center competitive regional “Crosscurrents”. Gina is also exhibiting in Cumberland, Maryland in the Will’s Creek National Exhibit “Shelter” and in Decatur, Illinois in the Gallery 510 “October National” at the present time. She also received an Honorable Mention Online from J. Mane Gallery in “Watercolors 2020” and is currently in a number of online-gallery exhibits. She serves on the board of the Steubenville Art Association, Pittsburgh Society of Artists, and the Pittsburgh Watercolor Society. (She is a juried member of both of these Pittsburgh- organizations.) Celebrating its 75th year, the Pittsburgh Watercolor Society is hosting a juried themed-member-show of paintings of Frank Lloyd Wright’s “Fallingwater”, at the Speyer Gallery Fallingwater Visitor’s Center, Mill Run, PA. Gina will have two paintings featured in this exhibit beginning in October through the end of December 2020.

“My work is usually representational in nature--fluid, painterly representations of a variety of subject matter, but I enjoy figurative-painting the most. I enjoy working confidently, boldly and quickly, using the flow of the water on the paper and seeing the brush-stoking. Many of my works tend to use dark-outlining, or ‘isolation in black’, as a feature.” -----------Gina Judy 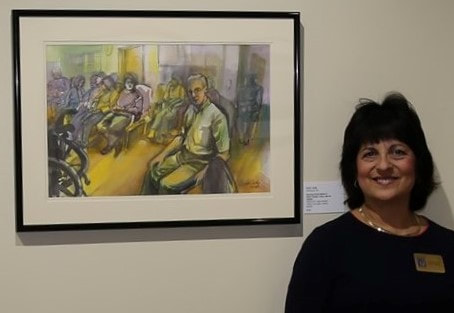 "Nursing Home Series II:Dad's 'Golden Years'...Not So Golden" was accepted with a 'recognition of excellence' into the South Carolina National Show Traveling Exhibition. The entire exhibit can be viewed on their website. Also, was recently awarded first-place for an actual juried show in Rhode Island Watercolor's Gallery. Show entitled PAINT WHAT YOU LOVE, piece entitled "Laughter-Banquet". The show just closed on Nov. 20 but can be viewed online. 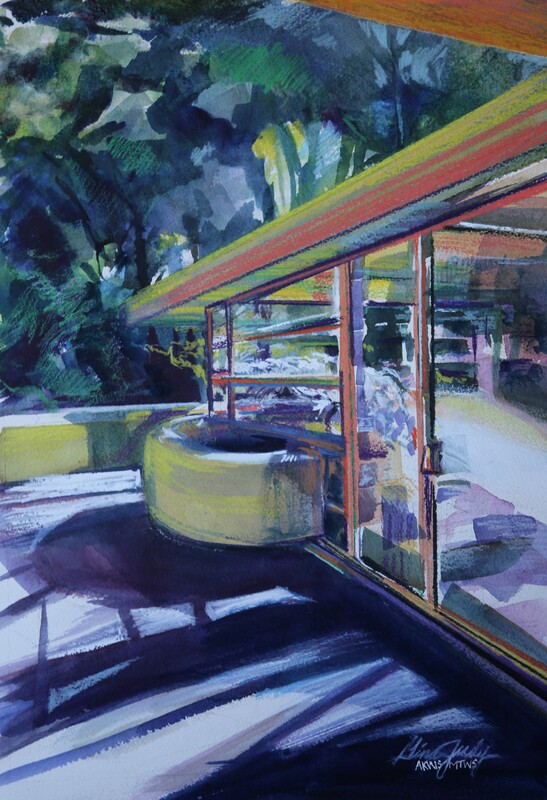 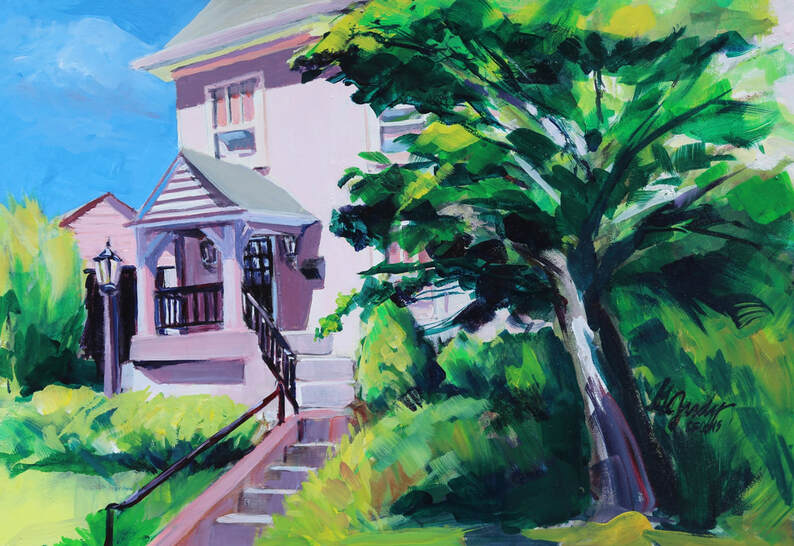 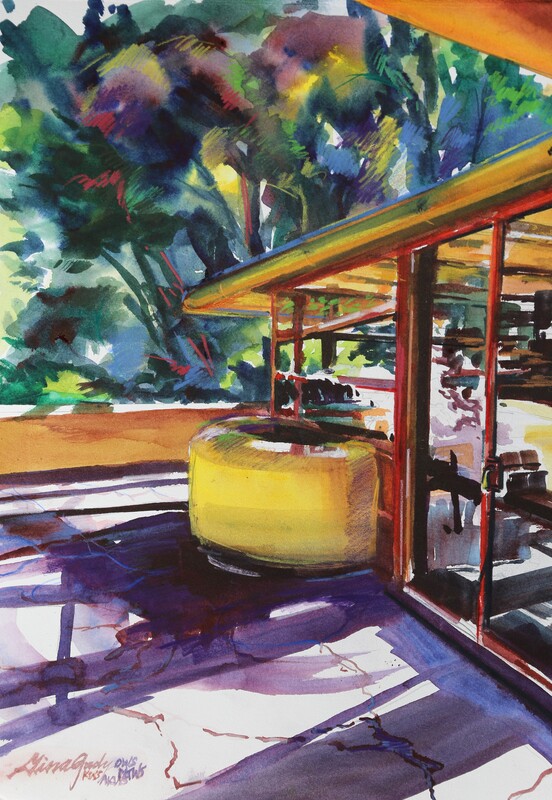 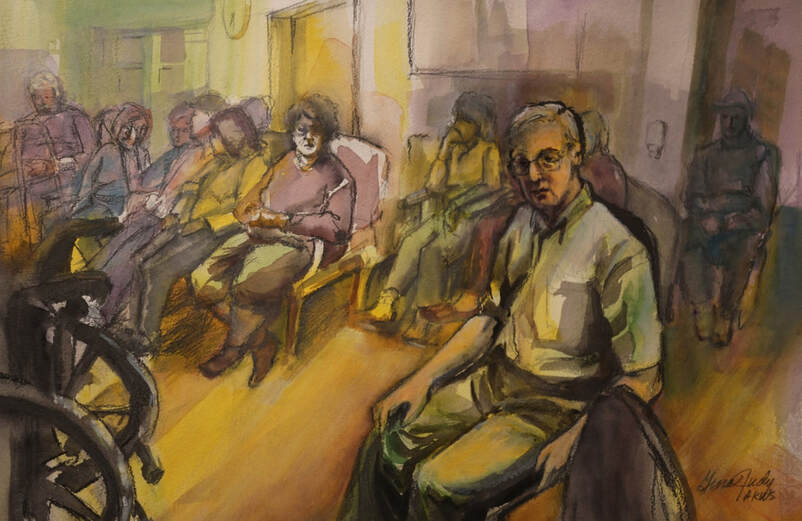 DAD'S GOLDEN YEARS NOT SO GOLDEN